AttorneyLawrence Vogelman, who is taking on the largest integrated healthcare system in the United States, was named a 2020 John Adams Award Honoree by the Military Religious Freedom Foundation. 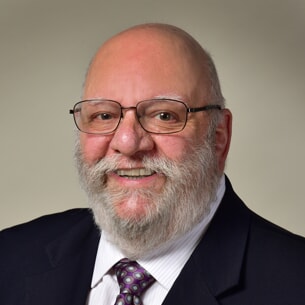 Vogelman is representing New Hampshire veterans James Chamberlain and Sandra Bell in a lawsuit asking for the removal of a bible on display at the Veterans Administration Medical Center (VAMC) in Manchester.

“There is a constant attempt by the military and VA to inject the military and the Veterans Administration with the historically inaccurate notion that the United States is a Christian country,” Vogelman says. “They ignore the fact that our founders, not all deists, adamantly opposed the establishment of any religion in our country.”

Vogelman is one of three John Adams Award honorees by the MRFF, an organization dedicated to “ensuring that all members of the United States Armed Forces fully receive the constitutional guarantee of religious freedom to which they and all Americans are entitled by virtue of the Establishment Clause of the First Amendment.”

Vogelman has a history of helping veterans. He started the Veterans Law Project: Legal Boots on the Ground to provide legal assistance to active duty service members and veterans throughout New Hampshire, as well as their families.

“Larry Vogelman has selflessly given literally countless hours of nonpareil professional legal aid to MRFF and its clients in leading the litigation effort in the landmark lawsuit against the Veterans Administration Medical Center in Manchester,” MRFF founder Mikey Weinstein says.