The 28th Annual Cochecho Arts Festival takes place between July 9th and August 22nd In the historic downtown of Dover, New Hampshire. Shaheen & Gordon is proud to be one of the largest annual supporters of the Festival.

The Festival brings musicians, theater and arts to the Garrison City. This year the Festival promises to be bigger and better, with the addition of varied musical performances and venues around the city. Attendees can watch Shakespeare on the Hill, view live art demonstrations and participate in the Art Rocks program. The Festival also includes a terrific Children's Series with concerts, comedians and magicians. Admission to all Festival events and concerts is free of charge and open to the public.

The Cochecho Arts Festival began in 1987 as a summer-long festival showcasing nationally recognized acts and top Seacoast entertainers. It is organized by the Dover Chamber of Commerce who we applaud for their commitment the annual Festival and their continuing contributions to a vibrant, healthy community. 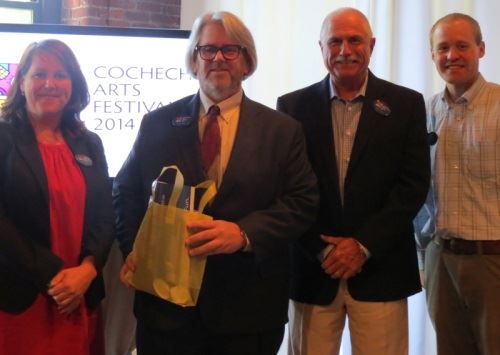