World AIDS Day was created to unite everyone in the fight against the HIV epidemic. World AIDS Day was first observed in 1988. This year marks 40 years since the first five cases of what later became known as AIDS were officially reported. Each year, organizations and individuals across the world bring attention to the HIV epidemic, endeavor to increase HIV awareness and knowledge, and speak out against HIV stigma. This year, the theme for World AIDS Day in the U.S. is Ending the HIV Epidemic in the U.S. On this day, we honor the more than 36 million people, including 700,000 in the United States, who have died from AIDS-related illness globally since the start of the epidemic. 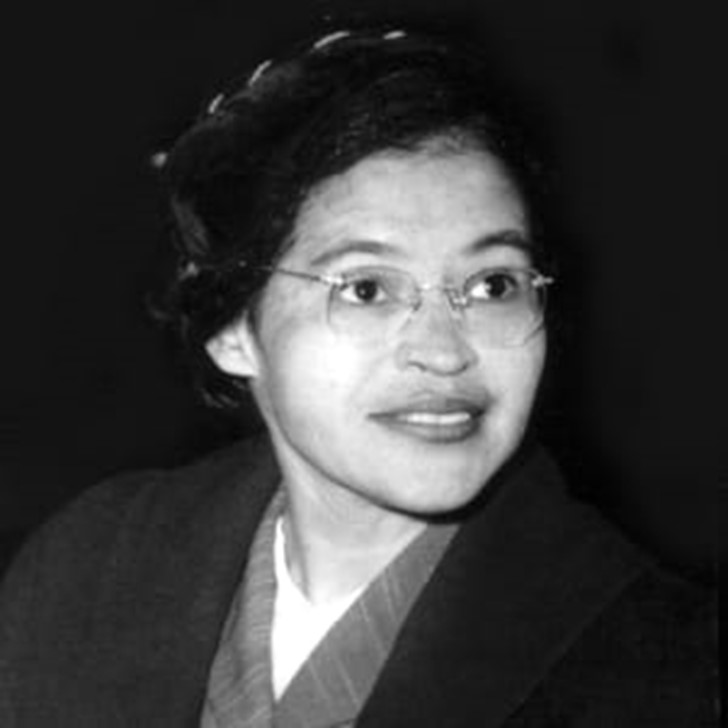 December 1, 1955 Rosa Parks, an African American woman, refused to change seats on a Montgomery, Alabama, bus. On that day, Rosa Parks was riding a city bus in Montgomery when the driver told her to give up her seat to a white man. Parks refused and was arrested for violating the city’s racial segregation ordinances, which mandated that Black passengers sit in the back of public buses and give up their seats for white riders if the front seats were full.

On December 5, Black people began a boycott of the bus system led by Martin Luther King, Jr. Because African Americans made up some 70 percent of the bus company’s riders at the time, and the great majority of Montgomery’s Black citizens supported the bus boycott, its impact was immediate. On November 13, 1956, in Browder v. Gayle, the U.S. Supreme Court upheld a lower court’s decision declaring the bus company’s segregation seating policy unconstitutional under the equal protection clause of the 14th Amendment. King called off the boycott on December 20, and Rosa Parks—known as the “mother of the civil rights movement”—would be one of the first to ride the newly desegregated buses.

Ellen Swallow Richards was the first woman to graduate from MIT (1873) and was recognized as the creator of the fields of ecology and home economics. She co-founded the Association of Collegiate Alumnae, which became the American Association of University Women. 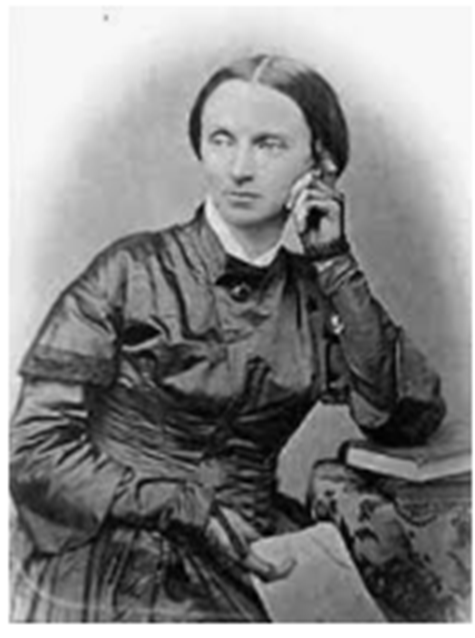 Suffragist and author, Jane wrote articles for local papers against slavery, for women’s rights, and against legal inequities, which led to close friendship with Mary Todd Lincoln.

Patsy was the first Japanese American Congresswoman (D-HI). She wrote the Women’s Educational Equity Act and played a key role in the enactment of Title IX, which was renamed posthumously as the “Patsy Takemoto Mink Equal Opportunity in Education Act.”

This marks the date of a surprise aerial attack on the U.S. naval base at Pearl Harbor on Oahu Island, Hawaii by the Japanese that precipitated the entry of the United States into World War II. The strike climaxed a decade of worsening relations between the United States and Japan. Two months after the bombing, President Franklin D. Roosevelt, fearing Japanese immigrants or those with Japanese ancestry had taken part in planning the attack, issued an executive order that forced more than 120,000 Japanese Americans living on the West Coast into internment camps. According to the National Archives, approximately 70,000 of those targeted were U.S. citizens, and no charges were made against any of them. Sadly, most of these people lost their homes, businesses, and belongings and were held until the war ended. The executive order was upheld by the Supreme Court in Korematsu v. United States, 323 U.S. 214 (1944). In 1988, President Ronald Reagan signed a law apologizing for the civil liberty injustice, with the order to pay $20,000 to each person who had been incarcerated. In 2018, the Supreme Court expressly overruled Korematsu in Trump v. Hawaii, 138 S. Ct. 2392 (2018), the case upholding the Trump administration Muslim ban.

7th 1941 — Captain Annie Fox receives the first Purple Heart awarded to a woman for her service while under attack at Pearl Harbor. 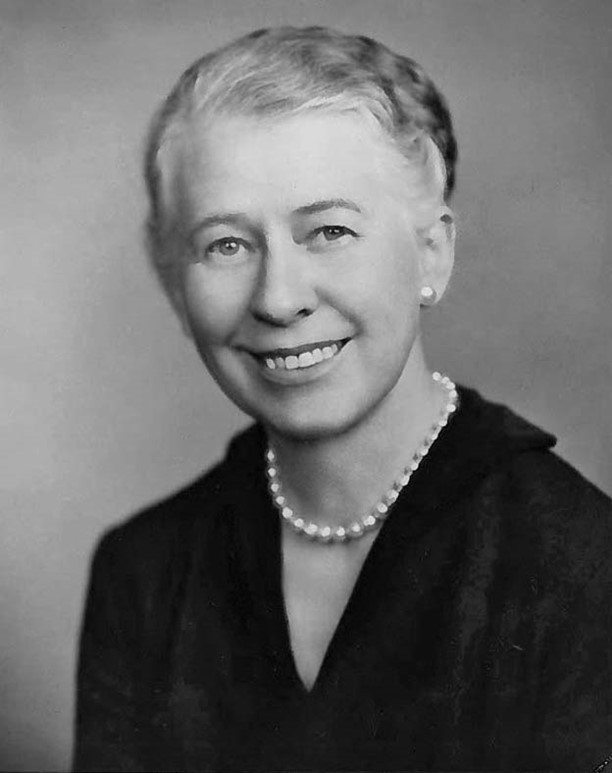 9th 1997 — Esther Peterson, as head of the Commission on the Status of Women, was the most powerful woman in the Kennedy administration and fought for women’s rights, especially improvements in working women’s conditions. She was awarded the Medal of Freedom from President Carter in 1981.

December 10, 1948 The United Nations General Assembly adopted the Universal Declaration of Human Rights (UDHR). The UDHR is a milestone document that proclaims the inalienable rights that everyone is entitled to as a human being—regardless of race, color, religion, sex, language, political or other opinion, national or social origin, property, birth, or other status. Available in more than 500 languages, it is the most translated document in the world. The principles enshrined in the Declaration are as relevant today as they were in 1948. We need to stand up for our own rights and those of others. We can take action in our own daily lives to uphold the rights that protect us all and thereby promote the kinship of all human beings. This year’s Human Rights Day theme relates to 'Equality' and Article 1 of the UDHR—“All human beings are born free and equal in dignity and rights.”

10th 1869 —Wyoming is the first territory to give women the right to vote. 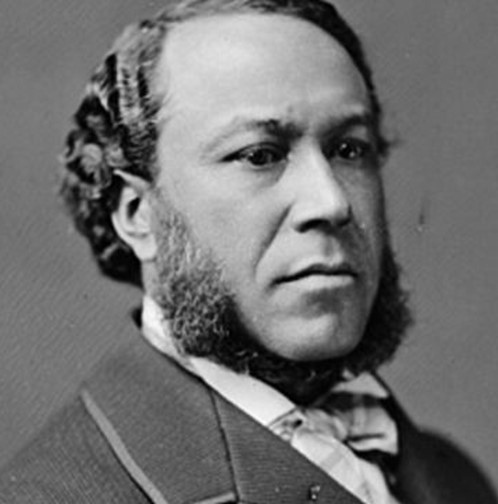 12th In 1870, Joseph Hayne Rainey, born in Georgetown, S.C., was elected to Congress and became the first African American seated in the U.S. House of Representatives. He served until March 3, 1879.

14th 1985 — Wilma Mankiller is sworn in as principal chief of the Cherokee Nation of Oklahoma—the first woman in modern history to lead a major Native American tribe.

14th 1961 —The President’s Commission on the Status of Women is established to examine discrimination against women and ways to eliminate it.

Las Posadas is a religious festival that celebrates events associated with the birth of Jesus. It’s primarily celebrated in Latin America, Mexico, Guatemala, Spain, and the U.S. The celebration itself consists of a re-enactment of Mary and Joseph traveling to different houses that are designated as “inns.” The procession is followed by musicians, and at the end of each night, everyone gathers for a feast.

Judith Rodin is named president of Univ. of Pennsylvania, the first woman to head an Ivy League institution.

Harriet joined the suffrage movement in 1890 when converted by Susan B. Anthony and became treasurer of the National American Woman Suffrage Association. She testified in Congress, managed suffrage campaigns and the ratification drive in Ohio, held positions in the Republican Party, and was defeated for Congress at age 70.

18th 1865 —The Thirteenth Amendment, outlawing slavery, was passed by Congress.

The Pagan and Wiccan celebration of the winter solstice is known as Yule. It’s one of the oldest winter celebrations of the world, as seasons and weather played a crucial part in their lives. This day marked the return of the sun, when days would begin to get longer.

The Dongzhi Festival is a one-day celebration that occurs every year on the winter solstice, between December 21 and 23. This festival celebrates the season’s turning point toward the warmer, lighter days of spring. It’s a time during the depths of winter to enjoy a hearty, fortifying family meal that raises hopes for spring’s arrival. Dongzhi is a Chinese word that can mean either “winter’s extreme” or “winter’s arrival.” The festival is rooted in the ancient philosophy of yin and yang, which represents harmony and balance in the universe. On the dark winter solstice, negative yin energy is at its peak. From that point on, positive yang energy will grow as spring approaches and the daylight hours lengthen. Although the festival originated in China during the Han Dynasty, today, it is celebrated by Chinese, Taiwanese, Japanese, Korean, and Vietnamese people around the world.

She was First Lady (1963–69), an advocate for civil rights, and national chair of Head Start, and she led “beautification” efforts across the country involving environmentalism, conservation, and anti-pollution.

25th 1863 — Robert Blake, powder boy aboard the U.S.S. Marblehead, was the first Black person awarded the Medal of Honor “for conspicuous gallantry, extraordinary heroism, and intrepidity at the risk of his own life” in a battle that occurred off the coast of South Carolina.

Organized what is often known as the first Women’s Rights Convention in Seneca Falls in 1848 with her sister Lucretia Mott, Elizabeth Stanton, and others; president of women’s conventions in 1855 in Cincinnati, Saratoga, and Albany; a founder of the American Equal Rights Association in 1866; continued working for equal suffrage during the Civil War.

A Christian holiday that celebrates the birth of Jesus, who is the Christian Messiah. It is both a sacred religious holiday as well as a worldwide cultural and commercial phenomenon. While it is a holy day for many, it is also a significant cultural component of many people’s holiday season, even if they are not religious.

Kwanzaa is a celebration of life inspired by African harvest celebrations. The celebration was created by Maulana Karenga, an American professor of African studies, activist, and author, in 1966. He based it on traditions from various parts of West and Southeast Africa.

28th 1967 —Muriel Siebert becomes the first woman to own a seat on the N.Y. Stock Exchange.

31st 1777 —George Washington reversed previous policy and allowed the recruitment of Black men as soldiers. Some 5,000 Black men would participate on the American side before the end of the Revolution.