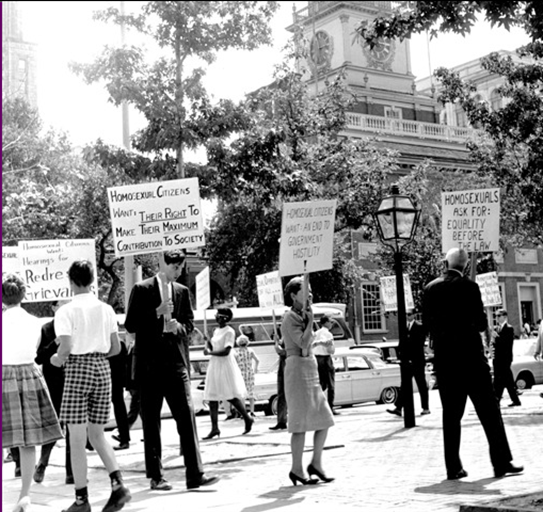 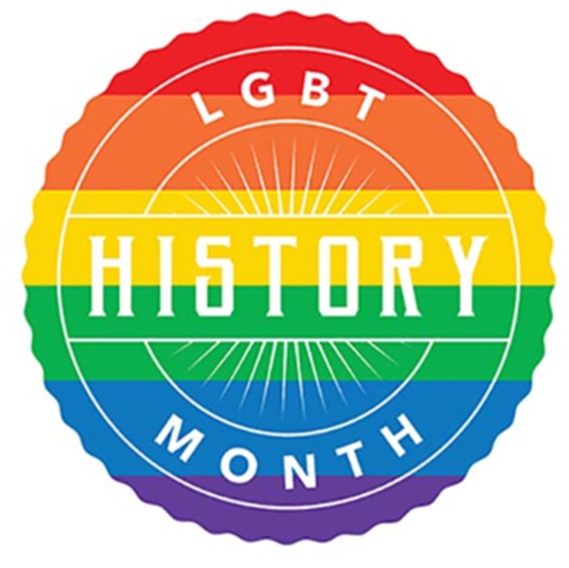 U.S. observance started in 1994 to recognize lesbian, gay, bisexual and transgender history and the history of the gay-rights movement. The following website provides an overview of the 2021 icons being celebrated this year. https://lgbthistorymonth.com/

This observance was launched in 1945 when Congress declared the first week in October as “National Employ the Physically Handicapped Week.” In 1998, the week was extended to a month and renamed. The annual event draws attention to employment barriers that still need to be addressed. This year, the theme is “America’s Recovery: Powered by Inclusion.” 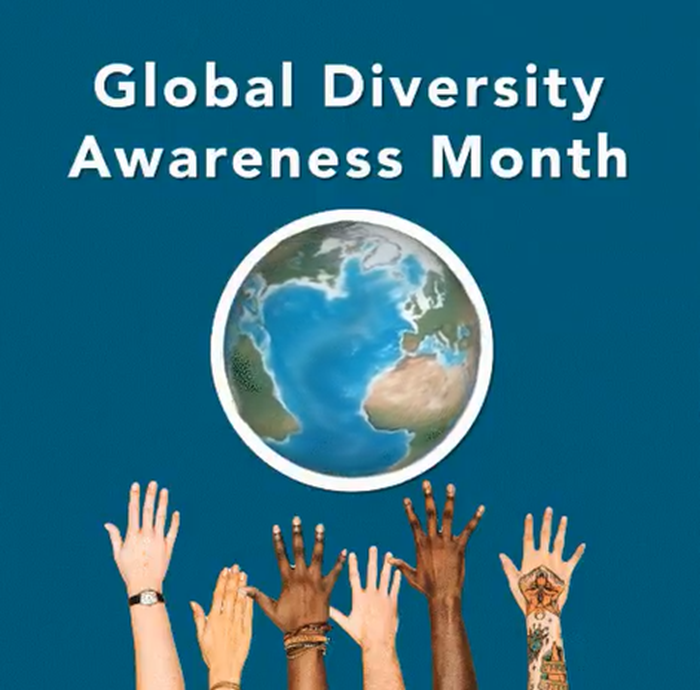 After the Second World War, The Universal Declaration of Human Rights was adopted by the United Nations General Assembly at the Palais de Chaillot, in Paris. The Declaration represents the first global expression of rights to which all human beings are inherently entitled.

This month-long celebration seeks to bring awareness to the diversity of cultures and ethnicities in our world highlighting the positive impact diversity can have on society by embracing the values and perspectives of various cultures.

This observance celebrates the rescue of William Jerry Henry. Known as “Jerry,” Henry was a fugitive slave who was captured in Syracuse, New York, but freed from jail on October 1, 1851, with the help of abolitionists. Around noon on October 1, federal marshals from Rochester, Auburn, Syracuse, and Canandaigua, accompanied by the local police, arrested Jerry who was working as a barrel maker, at his workplace. Word of the arrest quickly reached the New York State Convention of the anti-slavery Liberty Party. An immediate effort to free Jerry was unsuccessful, and though he escaped to the street in irons, he was rapidly recaptured. Later that evening a crowd of abolitionists stormed the prison and Jerry was surrendered. Jerry was hidden in the city for several days in the home of a local butcher known for his anti-abolitionist sentiments, and later taken in a wagon to Oswego, where he crossed Lake Ontario into Canada.

2nd In 1967 Thurgood Marshall became the first African American to be appointed to the Supreme Court. Opposing discrimination and the death penalty, he championed free speech and civil liberties. 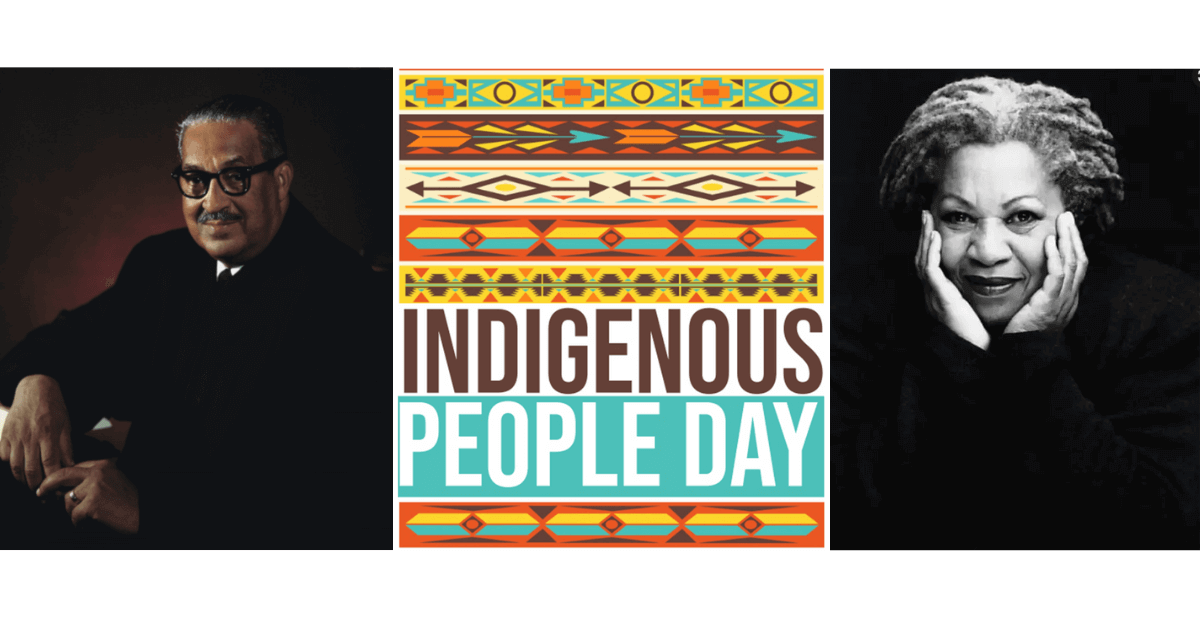 7th In 1993,Toni Morrison became the first black American to win the Nobel Prize in Literature.

The most popular and significant Navratri spans 9 nights. The name Shardiya Navratri has been taken from Sharad Ritu. All nine days during Navratri are dedicated to nine forms of Goddess Shakti. Shardiya Navratri falls in the month of September or October. The nine-day festivity culminates on the tenth day with Dussehra or Vijayadashami. Women, especially in Maharashtra and Gujarat, adorn themselves with 9 different colors, which are allocated to each day of Navratri. The color of the day is decided on the weekday. Each weekday is ruled by one of the planets or Navgrahas, and accordingly, colors are assigned to each day.

First celebrated in 1993, this day is meant to increase public awareness about the importance of mental health, mental health services, and mental health workers worldwide. It provides the opportunity for all stakeholders working on mental health issues to discuss their work. It also advocates for what should be done to make mental healthcare a reality for people worldwide.

For those who identify as lesbian, gay, bisexual or transgender, this day celebrates coming out and the recognition of the 1987 march on Washington for gay and lesbian equality.

In 1992, Berkeley, CA became the first city to rename Columbus Day as Indigenous People’s Day, to honor Native American people, their history and culture. Beginning in 1992 drums across the USA and in different time zones coordinate ceremonies and observances at 12 p.m. to celebrate and honor 500 years of North American Indigenous people’s resistance and survival. From that day to the present, Native Americans observe Indigenous People’s Day, not Columbus Day. Indigenous People’s Day began in 1989 in South Dakota, where Lynn Hart and Governor Mickelson backed a resolution to celebrate Native American day on the second Monday of October, marking the beginning of the year of reconciliation in 1990. It was instituted in Berkeley, CA, in 1992, to coincide with the 500th anniversary of the arrival of Christopher Columbus in the Americas. Two years later, Santa Cruz, CA, instituted the holiday, and in the 2010s, various other cities and states took it up. It is similar to Native American Day, observed in September in California and Tennessee.

Also known as Spanish National Day, this date (“Columbus Day,” U.S.), remembers the arrival of Christopher Columbus in America, a day with complex controversial meanings. Hispanics in the U.S. are split on their political feelings about the holiday. In most Spanish-speaking countries, it is celebrated as Dia de la Raza (Mexico), Día de las Culturas (Costa Rica), to celebrate the contributions of the country’s indigenous, Spanish, African, and Asian cultures. Latin Americans celebrate October 12 under many different names, including Day of Respect for Cultural Diversity (Argentina), Decolonization Day (Bolivia), Day of Interculturality and Plurinationality (Ecuador), Day of Indigenous Peoples and Intercultural Dialogue (Peru), and Indigenous Resistance Day (Venezuela). October 12th is not recognized as a holiday in Cuba.

1995 The Million Man March, the idea of Nation of Islam leader Louis Farrakhan, called the event, held in Washington, D.C., "A Day of Atonement and Reconciliation." The march was described as a call to black men to take charge in rebuilding their communities and show more respect for themselves and devotion to their families.

Observed annually. This is a day to honor past and present black poets. Jupiter Hammon, the first published black poet in the United States, was born in Long Island, New York, on October 17, 1711. In honor of Hammon’s birth, we celebrate the contributions of all African Americans to the world of poetry.

This Islamic holiday commemorates the birthday of the prophet Muhammad. It falls on the 12th or 17th day of the Islamic month of Rabi’ al-awwal. Mawlid al-Nabi is a spiritual and social occasion for the Muslims who celebrate it. It is a memorial day when the Sirah (the life story of the Prophet) is revisited and scholars and singers in the Sufi tradition remind the members of the Ummah about the teachings of the Prophet(s), as well as the successes and challenges of the young Muslim community in Mecca and Medina. During this celebration, homes and mosques are decorated, large parades take place, and those observing the holiday participate in charity events.

Seeks to make respecting, sharing, and educating about personal pronouns commonplace. Each year it is held on the third Wednesday of October.

October diversity days include Spirit Day. LGBTQ+ youth face a disproportionate amount of bullying and harassment. Spirit Day was created to demonstrate support for LGBTQ+ youth and to speak out against bullying. Wearing purple on Spirit Day is a way to show support.

The aim is to raise awareness about the wider-than-average pay gap between Latinx women and White men. Latinx women are paid 55 cents for every dollar paid to white men.

The Supreme Court ruled that racial segregation in schools had to end at once and that unitary school systems were required. The Alexander v. Holmes case was brought by Beatrice Alexander, on behalf of her children, after she sued the Holmes County, Mississippi School District. Her lawyer was Jack Greenberg of the NAACP Legal Defense Fund. In this case, the Supreme Court ruled that schools in the U.S. had to desegregate “immediately,” instead of the previous ruling from 1955 in Brown v. Board of Education II which called for “with all deliberate speed.” The terminology “with all deliberate speed” was exploited by those in the South who emphasized “deliberate” over “speed” which resulted in on-going segregation of schools.

A celebration observed in a number of countries on the eve of the Western Christian feast of All Hallows' Day. It begins the three-day observance of Allhallowtide, the time in the liturgical year dedicated to remembering the dead, including saints (hallows), martyrs and all the faithful departed. It is also Reformation Day, the day that Martin Luther posted his Ninety-five Theses on the door of the Castel Church in Wittenberg, Germany on October 31, 1517.