This day was established to raise awareness about the developmental disorder that affects an individual's normal development of social and communication skills. 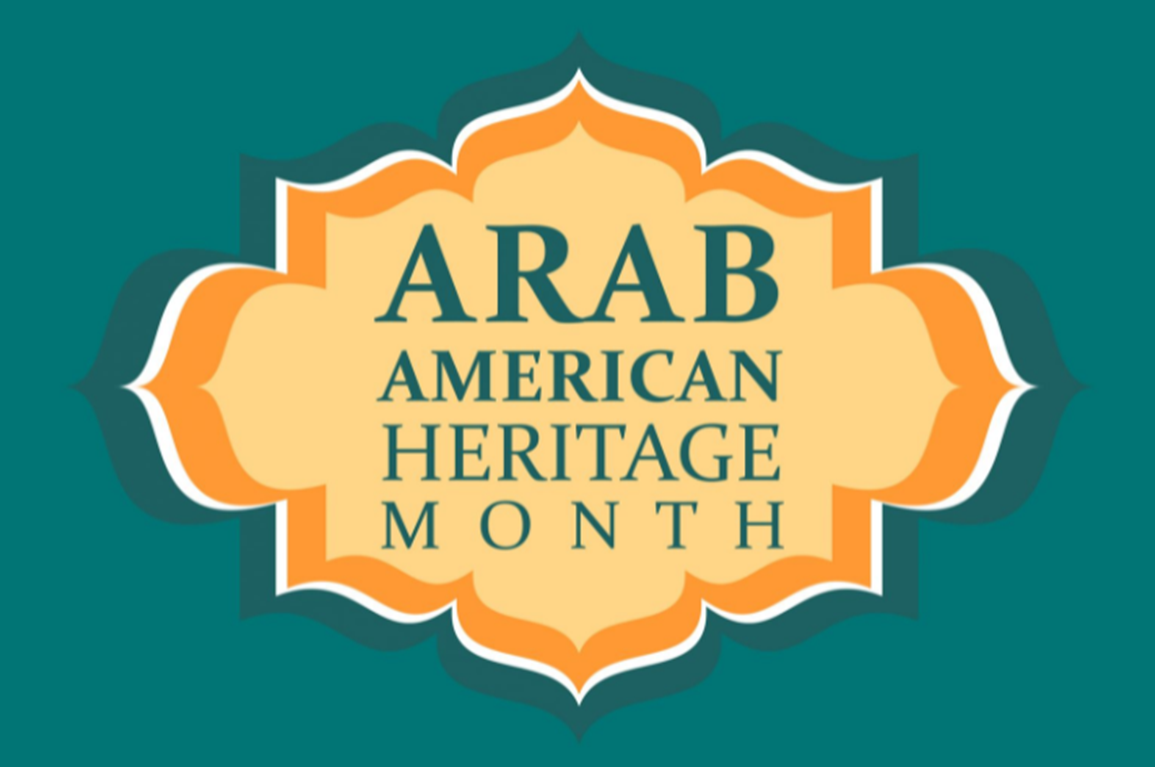 April is ARAB AMERICAN HERITAGE MONTH, marking a time to reflect on the contributions Arab Americans have made to the U.S., and the diverse group of people who make up the nation’s Middle Eastern population. The month of April is a special opportunity to enhance understanding of the nuanced and diverse aspects of Arab American heritage that is often forgotten or intentionally avoided by the media.

The ninth month of the Islamic lunar calendar. Each year, Ramadan starts approximately 10 to 11 days earlier than the previous year. During this month, Muslims abstain from food, drink, and other physical needs during from sunrise to sunset. This time of fasting and prayer is designed to purify the soul and reconnect with God.

2nd      In 1931,17-year-old Jackie Mitchell, the second woman to play baseball in the all-male minor leagues, pitches an exhibition game against the N.Y. Yankees and strikes out both Babe Ruth and Lou Gehrig. The next day, the Baseball Commissioner voided her contract, claiming baseball was too strenuous for women. The ban was not overturned until 1992 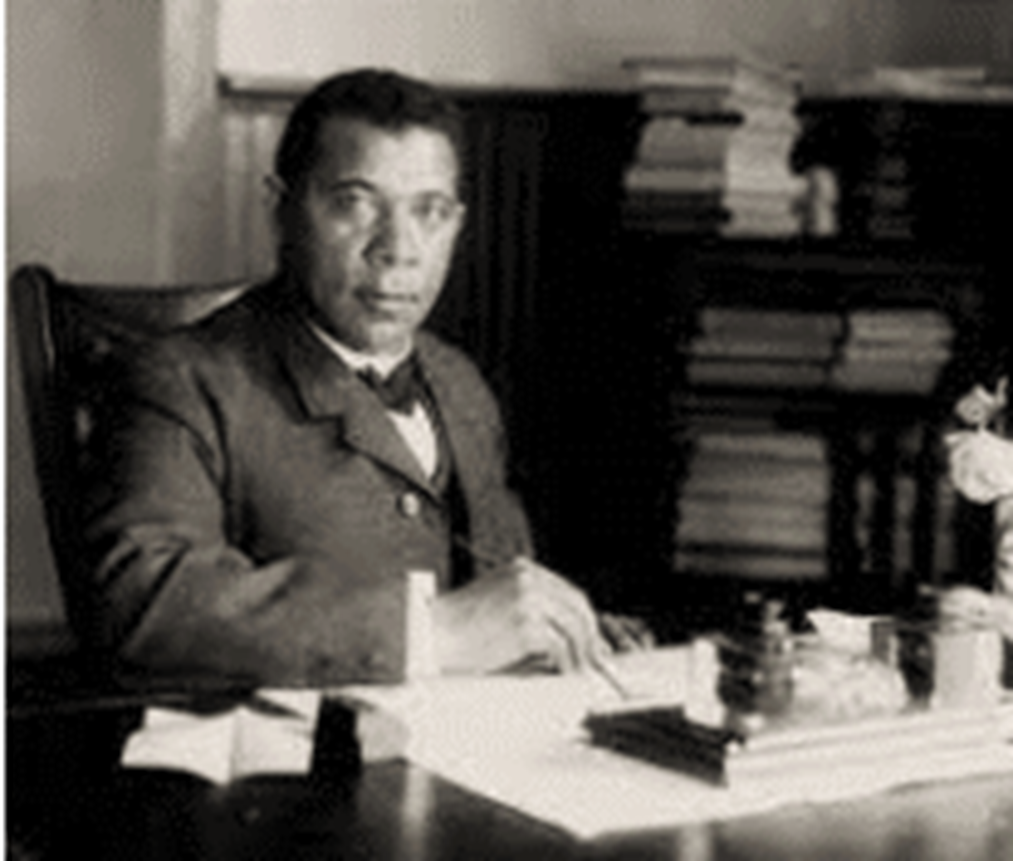 Born into slavery, Booker T. Washington rose to become a leading intellectual of the 19th century. He was a founder of what is now Tuskegee University in 1881 and the National Negro Business League two decades later. Washington advised Presidents Theodore Roosevelt and William Howard Taft. His infamous conflicts with Black leaders like W. E. B. Du Bois over segregation caused a stir, but today, he is remembered as the most influential speaker of his time.

A celebration of Gautama Buddha’s life, this day is observed to memorialize the birth, enlightenment, and death of Lord Buddha. According to the Hindu Calendar, it is celebrated on a full moon day of month Vaishakha.

13th      1933 Ruth Bryan Owen becomes the first American woman to head a diplomatic legation representing the U.S. as a foreign minister to Denmark by President Franklin D. Roosevelt. On July 11, 1936, married Captain Borge Rohde of the Danish Royal Guards. Because her marriage meant that she was a citizen of both Denmark and the United States, she had to resign her diplomatic position.

A traditional event which occurs annually in American Major League Baseball, commemorating and honoring the day Jackie Robinson made his major league debut. April 15 was Opening Day in 1947, Robinson’s first season in the Major Leagues. Initiated for the first time on April 15, 2004, Jackie Robinson Day is celebrated each year on that day. 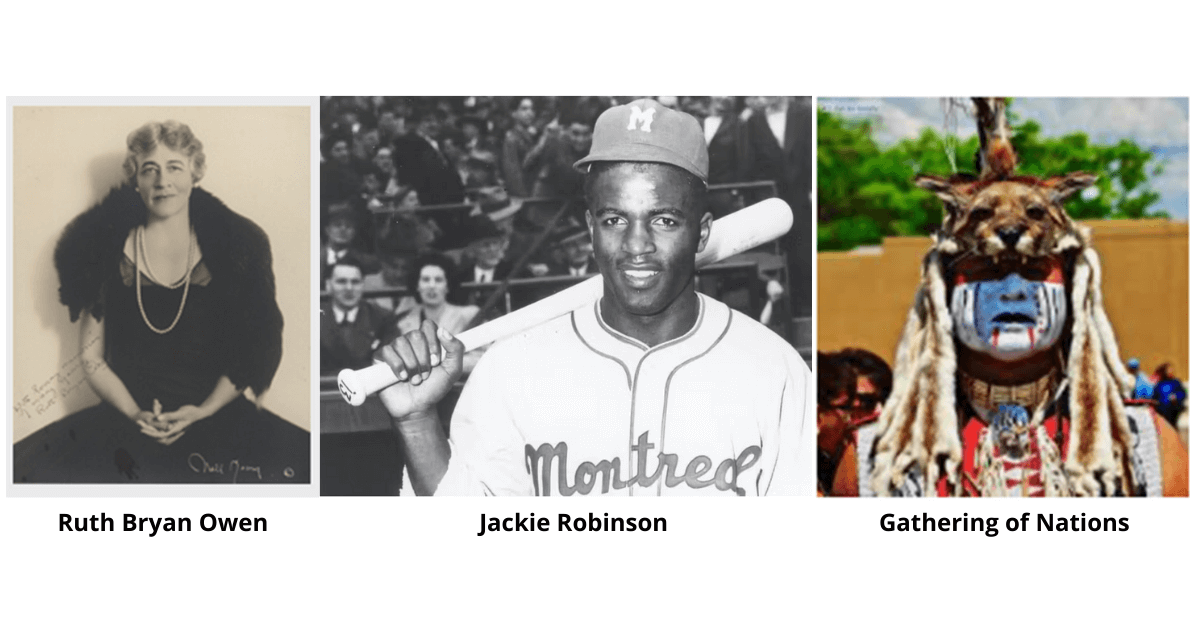 It commemorates the story of the Exodus, in which the ancient Israelites were freed from slavery in Egypt. Passover begins on the 15th day of the month of Nisan in the Jewish calendar, which is in spring in the Northern Hemisphere and is celebrated for seven or eight days. It is one of the most widely observed Jewish holidays. On the first two days of Passover, a traditional Seder is eaten, and the story of deliverance is shared. Pesach is one of the most commonly observed Jewish holidays, even by otherwise non-observant Jews. Probably the most significant observance related to Pesach involves avoiding chametz (leaven) throughout the holiday. This commemorates the fact that the Jews leaving Egypt were in a hurry and did not have time to let their bread rise. It is also a symbolic way of removing the “puffiness” (arrogance, pride) from our souls.

On this day in 1862, President Abraham Lincoln signed the Compensated Emancipation Act freeing more than 3000 slaves in the District of Columbia.

A brief history of The District of Columbia Compensated Emancipation Act via senate.gov:

On a visit to Washington, D.C., in 1836, the sight of a slave auction held in the shadow of the Capitol convinced future senator Henry Wilson of Massachusetts to “give all that I had to the cause of emancipation.” Elected to a Senate seat in 1855, Wilson became a leading voice for the abolition of slavery during the Civil War. Throughout the war years, the Senate operated, according to Senator John Sherman of Ohio, like “a laborious committee where bills are drawn as well as discussed.” In addition to fulfilling legislative responsibilities and accomplishments such as funding the war effort and providing for Union troops during this period, a group of elected officials known as the Radical Republicans demanded the abolition of slavery. Many senators believed that only the president had the power to emancipate enslaved people in the states, but as Senator Sherman explained, “Little doubt was felt as to the power of Congress to abolish slavery in the District.” On April 3, 1862, the Senate passed the District of Columbia Compensated Emancipation Act, originally sponsored by Wilson. Harper’s Weekly reported that the “bill passed by a vote of twenty-nine yeas to fourteen nays. The announcement of the result was received with applause from the galleries.” Two days later, Senator Lafayette Foster of Connecticut proudly declared, “You may strike off the bonds of every slave in the District of Columbia today.”

President Lincoln signed the bill into law on April 16, freeing enslaved people in the district and compensating owners up to $300 for each freeperson. The Hartford Daily Courant celebrated that, “Not a slave exists in the District of Columbia … Their shackles have fallen, never to be restored.” In the months following the enactment of the law, commissioners approved more than 930 petitions, granting freedom to 2,989 former enslaved people. “DC Emancipation Day” has been celebrated in the District each year since 1862. Just five months later, in September 1862, using his powers as Commander in Chief, Lincoln announced his intention to emancipate enslaved people located in states “in rebellion.” On January 1, 1863, the Emancipation Proclamation granted freedom to enslaved people residing in Confederate states not occupied by Union forces. The Thirteenth Amendment, ratified by the states on December 6, 1865, abolished slavery “within the United States, or any place subject to their jurisdiction.”

19th      1977: Fifteen women in the House of Representatives form the Congressional Caucus for Women’s Issues to publicize legislative initiatives that were important to women. The caucus became a forum for exchanging ideas and legislative strategy.

Celebrates the planet we live on, observed internationally in more than 92 countries

On this day students take a daylong vow of silence to protest the actual silencing of lesbian, gay, bisexual and transgender (LGBT) students and their straight allies due to bias and harassment.

This special day, originating in Mexico, celebrates the importance of children. This Latin American tradition is now recognized in the U.S., often as a day to celebrate children, families, and literacy. While Children’s Day is not an official holiday in Mexico (school is in session), it’s generally a day filled with festivities designed to help children feel special.