Civil rights leader and first Black Supreme Court justice - an American lawyer and civil rights activist who served as Associate Justice of the Supreme Court of the United States from October 1967 until October 1991. Marshall was the Court's first African American justice. Prior to his judicial service, he successfully argued several cases before the Supreme Court. He established a private legal practice in Baltimore before founding the NAACP Legal Defense and Educational Fund, where he served as executive director. In that position, he argued several cases before the Supreme Court, including Smith v. Allwright, Shelley v. Kraemer, and Brown v. Board of Education, the latter of which held that racial segregation in public education is a violation of the Equal Protection Clause.

On this day, President Johnson signed the Civil Rights Act of 1964 into law in a televised ceremony. At its most basic level, the act gave the federal government more power to protect citizens against discrimination on the basis of race, religion, sex or national origin. It mandated the desegregation of most public accommodations, including lunch counters, bus depots, parks and swimming pools, and established the Equal Employment Opportunity Commission (EEOC) to ensure equal treatment of minorities in the workplace. The act also guaranteed equal voting rights by removing biased registration requirements and procedures and authorized the U.S. Office of Education to provide aid to assist with school desegregation. John F. Kennedy had made passage of the new civil rights legislation part of his presidential campaign platform Congress was debating the civil rights reform bill when Kennedy was assassinated in November 1963. Lyndon Johnson who was not previously known for his support of civil rights pushed the bill forward through Congress and ultimately signed what was the most far-reaching act of legislation supporting racial equality in American history.

On this day in 1776, the Second Continental Congress unanimously adopted the Declaration of Independence, announcing the colonies’ separation from Great Britain. The Constitution provides the legal and governmental framework for the United States, however, the Declaration’s eloquent assertion that “all Men are created equal” while universally cherished by the American people, remains more aspirational than accurate. In America today, there has been much tumult surrounding the perception and practical impact of the well-known declaration of equality that graces our Declaration of Independence. Historically, all men have not been treated equally in the United States of America, in fact, civil and cultural movements such as #blacklivesmatter and the reproductive rights movement are still fighting today to procure some of the inalienable rights that have been afforded to the socioeconomically privileged, white, CIS gendered, straight males in our country 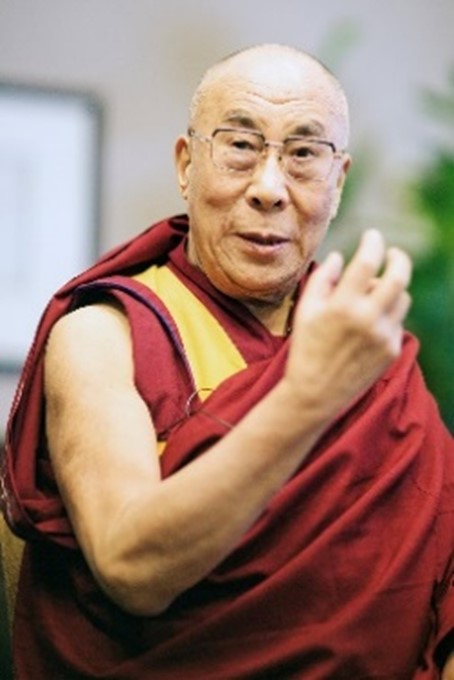 The 14th Dalai Lama to the Tibetan people, known as Gyalwa Rinpoche, turns 86 this year. Tibet’s leader in exile, and Nobel Peace Prize recipient, he is the current Dalai Lama and the highest spiritual leader of Tibet and a retired political leader. He is considered a living Bodhisattva; specifically, an emanation of Avalokiteśvara. The central government of Tibet, the Ganden Phodrang, invested the Dalai Lama with temporal duties until his exile in 1959. During the 1959 Tibetan uprising, the Dalai Lama escaped to India, where he currently lives in exile while remaining the most important spiritual leader of Tibet. The Dalai Lama advocates for the welfare of Tibetans while continuing to call for the Middle Way Approach to negotiations with China for the autonomy of Tibet and the protection of Tibetan culture, including for the religious rights of Tibetans. On April 29, 1959, the Dalai Lama established the independent Tibetan government in exile, the Central Tibetan Administration, in the north Indian hill station of Mussoorie, which then moved in May 1960 to Dharamsala, where he resides. He retired as political head in 2011 to make way for a democratic government.

In addition to belonging to the post-revolutionary Mexicayotl movement, which sought to define a Mexican identity, Kahlo has been described as a surrealist or magical realist.[3] She is known for painting about her experience of chronic pain. Although she was disabled by polio as a child, Kahlo had been a promising student headed for medical school until she suffered a bus accident at the age of 18, which caused her lifelong pain and medical problems. During her recovery, she returned to her childhood interest in art with the idea of becoming an artist. 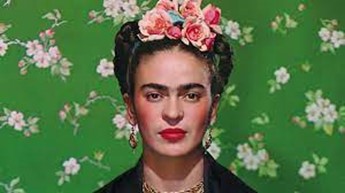 One of the best-known artists of the 20th century, this Mexican painter was known for her many portraits, self-portraits, and works inspired by the nature and artifacts of Mexico. Inspired by the country's popular culture, she employed a naïve folk art style to explore questions of identity, postcolonialism, gender, class, and race in Mexican society. Her paintings often had strong autobiographical elements and mixed realism with fantasy.

Required by all able Muslims at least once in their lifetime, the annual pilgrimage to Mecca is one of the fifth of the five pillars of Islam central to Muslim belief. The journey recreates Muhammad’s own path as the native son returned to his tribal home as the leader of a vibrant new religion. It is 5 days in duration this year beginning the evening of July 7, 2022 to the evening of July 12, 2022.

The #BlackLivesMatter movement first appeared on Twitter on July 13, 2013 and spread widely as high-profile cases involving the deaths of Black civilians provoked renewed outrage. The term “Black lives matter” was first used by organizer Alicia Garza in a July 2013 Facebook post in response to the acquittal of George Zimmerman, a Florida man who shot and killed unarmed 17-year-oldTrayvon Martin on February 26, 2012. Martin’s death set off nationwide protests like the Million Hoodie March. In 2013, Patrisse Cullors, Alicia Garza, and Opal Tometi formed the Black Lives Matter Network with the mission to “eradicate white supremacy and build local power to intervene in violence inflicted on Black communities by the state and vigilantes.”

Congress allowed the enlistment of blacks in the Union Army. Some black units precede this date but they were disbanded as unofficial. Some 186,000 blacks served in the US military, of these 38,000 lost their lives in service to their country.

Norman Mineta becomes the first Asian American to serve in a presidential cabinet when he is sworn in as US Secretary of Commerce by President Bill Clinton in 2000. Mineta, a Japanese American who had been sent to a World War II internment camp in 1942, was the first Asian American mayor of a major city, San Jose, Calif., served in the U.S. House of Representatives from 1975 to 1999 and, in 2001, was named transportation secretary under George W. Bush. Bush also appoints Elaine Chao secretary of labor, the first female Asian American to serve in a presidential cabinet. President Donald Trump names her secretary of transportation in 2017.

This celebration commemorates the Americans with Disabilities Act (ADA) being signed into law on July 26th, 1990. The ADA provides protection from employment discrimination as well as better access to goods, services, and communications for people with disabilities.

Symbolic of two important events in the Islamic year, Awal means beginning in English and Muharram is the name of the first month in the Muslim calendar. The first day of Muharram is therefore the Islamic New Year's Day and, on this date, the Hijra, the historic journey from Mecca to Medina began. This celebration begins on July 29 2022 and ends on Saturday, July 30, 2022. The event falls on a different day every year because the Islamic year is 11 to 12 days shorter. As rituals and prayers mark the occasion, Muharram is known as the month of remembrance and is sacred to Muslims across the world. The word Hijri is derived from Hijra meaning migration. The starting point of Islamic calendar is migration of Prophet Muhammad from Mecca to Medina in 622 AD.

Proclaimed in 2011 by the UN General Assembly with the idea that friendship between peoples, countries, cultures, and individuals can inspire peace efforts and build bridges between communities. The resolution places emphasis on involving young people, as future leaders, in community activities that include different cultures and promote international understanding and respect for diversity.