The month of May was chosen to commemorate the immigration of the first Japanese to the United States on May 7, 1843, and to mark the anniversary of the completion of the transcontinental railroad on May 10, 1869. The majority of the workers who laid the tracks on the project were Chinese immigrants. 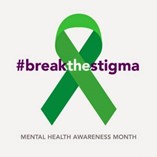 Celebrated from sundown to sundown, Eidal-Fitr marks the first 24 hours of the Islamic month of Shawwal, marking the end of Ramadan. Many Muslims attend communal prayers, listen to a khutbah (sermon), and give Zakat al-Fitr (charity in the form of food) during Eid al-Fitr.

Commemoration of the Mexican army’s 1862 victory over France at the Battle of Puebla during the Franco-Mexican War (1861-1867). This day celebrates Mexican culture and heritage, including parades and mariachi music performances.

Buddha’s Birthday is a significant day of celebration for Buddhists around the world. Prince Siddhartha Gautama is the founder of one of the most popular religions in the world. The festival Vesak celebrates his birth and marks his Enlightenment for some Buddhists

Anna Mae Hays [left] and Elizabeth P. Hoisington [right] officially receive their ranks as U.S. Army Generals, becoming the first women in US history to do so. 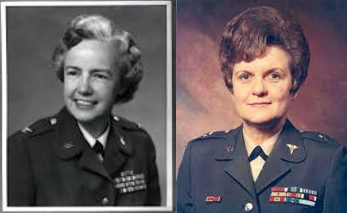 May 17th | International Day Against Homophobia, Transphobia and Biphobia

a global celebration of sexual-orientation and gender diversities. The 17th celebrates the date chosen to honor the decision to remove homosexuality from the International Classifications of Diseases of the WHO in 1990. On this day, 132 countries coordinate international events that raise awareness of LGBT rights. You can celebrate by reading up on the terminology so you can talk about the issues confidently in the workplace.

Born in Omaha, Nebraska this future civil rights leader lost his father at the very young age of six. Malcom’s mother suffered mental illness and following the loss of his father, her psychological condition deteriorated significantly. When Malcom was 14, she was institutionalized in the State Mental Hospital at Kalamazoo. She remained there for 26 years. 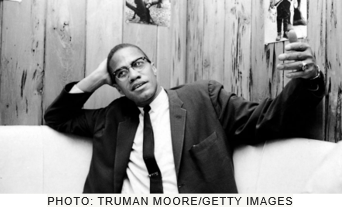 Although he excelled in school, he lost interest when a teacher told him that he should become a carpenter rather than a lawyer. He soon became involved in petty criminal activities and eventually was sentenced to prison. While in prison Malcolm joined the Nation of Islam and replaced his last name with X, a custom among followers as they considered their last names to be that of white slave owners. While in prison, Malcolm educated himself by spending long hours reading and memorizing a dictionary. 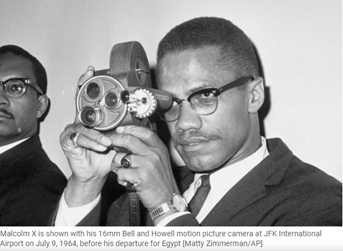 Upon his release from prison, he rose up in the ranks of the Nation of Islam, establishing temples for the organization. Amidst the height of the Civil Rights Movement, from 1955 to 1965, Malcolm challenged Martin Luther King, Jr.’s call for integration and nonviolence and argued for Black independence, civil disobedience and defending oneself “by any means necessary.” By 1963, tensions arose between Malcom and the leader of the Nation of Islam, Elijah Muhammad, about the political direction of the Nation. Malcom traveled to Mecca in 1964 and converted to Sunni Islam, adopting the Muslim name, el-Hajj Malik el-Shabazz. He began to receive death threats from the Nation of Islam and was assassinated on February 21, 1965. His ideas and speeches contributed to the development of Black nationalism and the Black Power Movement.

A day set aside by the United Nations as an opportunity to deepen our understanding of the values of cultural diversity and to learn to live together in harmony.

Amelia becomes the first woman to complete a solo-transatlantic flight by flying 2,026 miles from Newfoundland to Ireland in just under 15 hours.