January 1, 1892 – Opening of Ellis Island as an immigration gateway

Ellis Island was America’s largest and most active immigration station where over 12 million immigrants were processed between 1892 and Ellis Island’s closure in 1954. The purpose was to make sure that newcomers to the United States were legally and medically fit to enter the country.

On January 1, 1863, President Lincoln presented the Emancipation Proclamation. While many believe that the proclamation freed all slaves, the Proclamation declared that “all persons held as slaves” within the rebellious states “are, and henceforward shall be free.” This directly connected the issue of slavery to the Civil War and only declared as free those slaves held in states not under Union control. The proclamation also allowed black soldiers to fight for the Union, which was urgently needed at the time.

This horrible, multi-day event perpetrated by the Ku Klux Klan began on January 1, 1923, in the then-predominantly black town of Rosewood, Florida. A rumor that a black man had attacked a white woman, Fanny Taylor. A mob of white citizens, including a group of about 500 Ku Klux Klan members, attempted to track down the alleged assailant in Rosewood. In doing so, they terrorized the community by shooting residents, burning buildings, and lynching and mutilating residents. Several members of the Rosewood community were murdered, and the town was burned. A grand jury found insufficient evidence to indict anyone.

1973 – Maryland becomes the first state to statutorily ban same-sex marriage. This discriminatory ban was upheld until 2013, when it was repealed following a successful referendum vote by the people of Maryland. Same-sex couples began to marry in Maryland on January 1, 2013.

2nd     1965 – Reverend Martin Luther King, Jr. and the Southern Christian Leadership Conference (SCLC) joined the Student Nonviolent Coordinating Committee (SNCC), the Dallas County Voters League, and other local African American activists in a voting rights campaign in Selma where, in spite of repeated registration attempts by local blacks, only two percent were on the voting rolls. SCLC had chosen to focus its efforts on Selma because they anticipated that the notorious brutality of local law enforcement under Sheriff Jim Clark would attract national attention and pressure President Lyndon B. Johnson and Congress to enact new national voting rights legislation. This voter drive escalated into a nationwide protest movement. 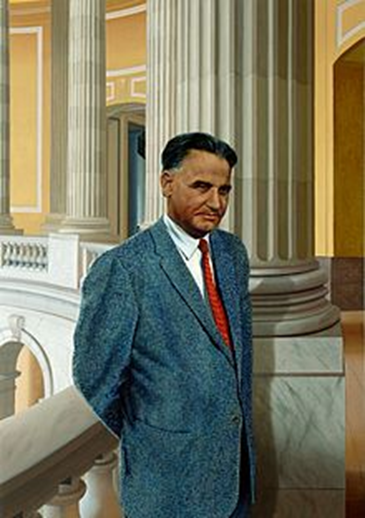 On January 3, 1957, Dalip Saund of California is sworn in as a U.S. Representative, becoming the first Asian-American, first Indian American, and first Sikh to serve in Congress. An immigrant from India, he became an American citizen in 1949, eventually earning a Ph.D. and being elected as a judge before serving three terms in the House. Representative Saund was vocal on issues such as communism and civil rights, including desegregation. Greatly influenced by the writings of Abraham Lincoln, Saund was a fierce supporter of the 1957 Civil Rights Bill and used his own story to advocate for its passage, “pointing out that, although being born in India did not prevent him from becoming a Member of the House of Representatives, being born black in Mississippi could have.” 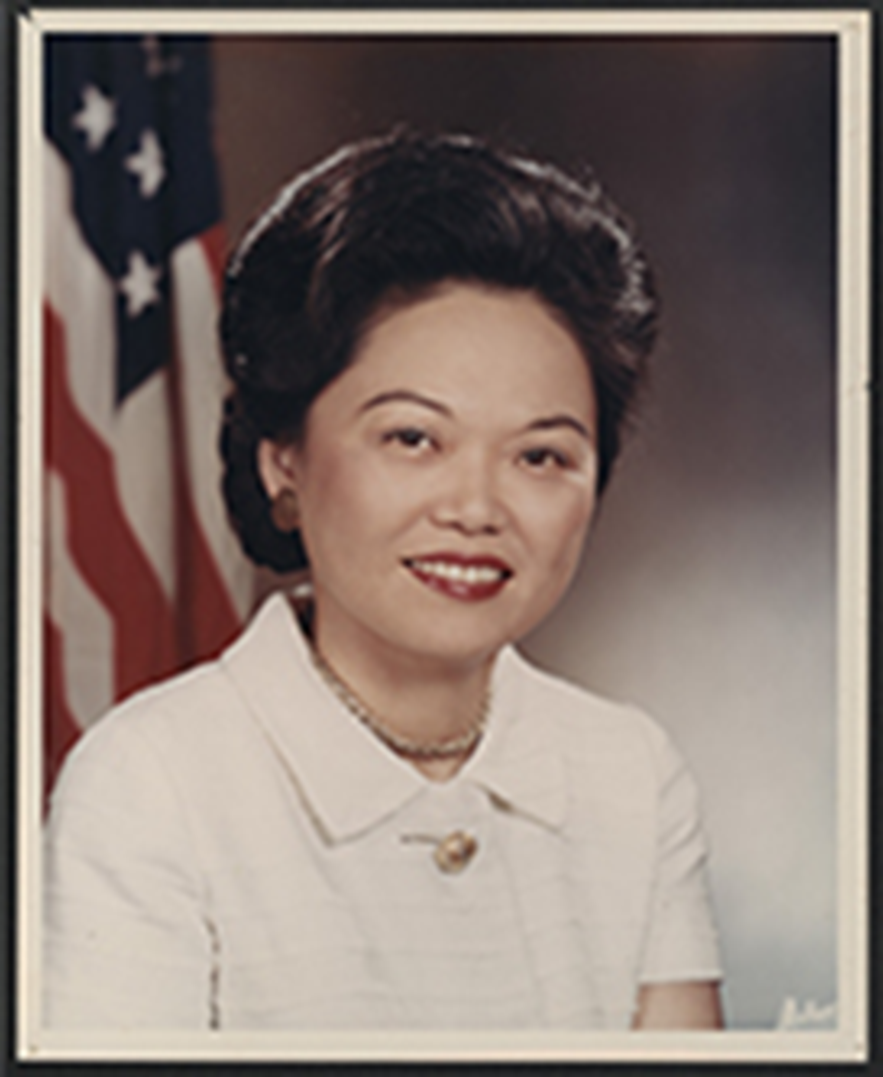 Just over eight years later, on January 4, 1965, U.S. Representative Patsy T. Mink of Hawaii is sworn in as the first Asian American woman, and first woman of color, to serve in Congress. A supporter of women’s and civil rights and an advocate for education, children and labor unions, Mink opposed the Vietnam War, supported Head Start and the Women's Educational Equity Act and was a co-author and sponsor of Title IX of the Education Amendments of 1972, outlawing sex discrimination in any education program or activity receiving federal funding. She also co-founded the Congressional Asian Pacific American Caucus in 1994.

Louis Braille, a French educator, created a system of reading and writing for those who are visually impaired. Today, the system, known simply as “braille,” is the world’s most popular tactile reading and writing system. It’s largely the same today as it was when Louis Braille created it. World Braille Day is now celebrated on this day to honor the birth of braille’s inventor. 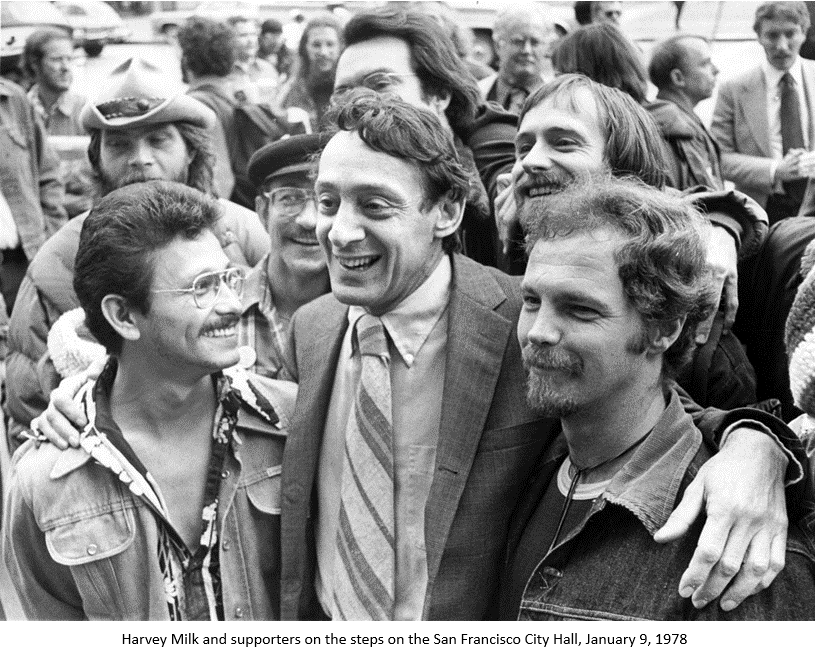 Harvey Milk is inaugurated as San Francisco City Supervisor, becoming the first openly gay man to be elected to a political office in California. In November, Milk and Mayor George Moscone are murdered by Dan White, who had recently resigned from his San Francisco board position and wanted Moscone to reappoint him. White later serves just over five years in prison for voluntary manslaughter.

Makar Sankranti marks the termination of the Winter season and the celebration of a new harvest season. It is dedicated to Lord Sun. It also refers to a specific solar day in the Hindu calendar. On this auspicious day, the sun enters the zodiac sign of Capricorn or Makar which marks the end of winter month and start of longer days. This is the beginning of the month of Magh. To recompense for the distinction that happens due to the revolution around the sun, every 80 years the day of Sankranti is deferred by one day. From the day of Makar Sankranti, the sun begins its northward journey or Uttarayan journey. Today, the festival is celebrated in many ways across the world. In some areas ofIndia, the celebration takes the form of flying kites, sharing special food, and bathing in rivers. 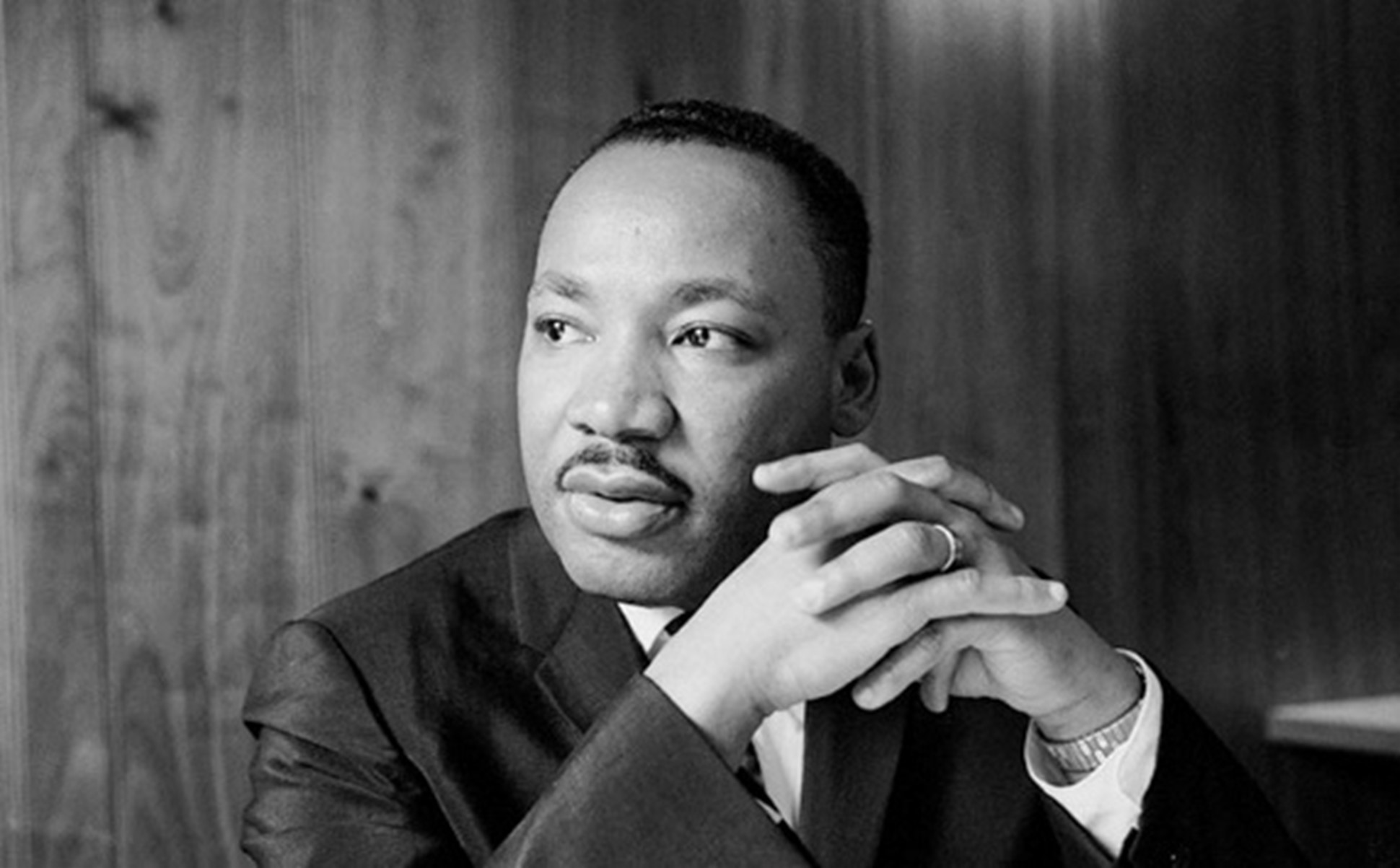 While we are taught of Dr. King’s many achievements in the civil rights movement, it is not as often iterated that at the age of thirty-five, being the youngest man to have received the Nobel Peace Prize, he turned over the prize money, totaling $54,123 to the furtherance of the movement. This brave and righteous leader achieved significant progress for the rights of black Americans before his life was tragically cut short. Dr. King was assassinated while standing on the balcony of his motel room in Memphis, Tennessee, where he was to lead a protest march in sympathy with striking garbage workers of that city, but his influence did not end there. Dr. King’s work as a proponent for peaceful justice and social equality has inspired leaders around the world perpetuating his legacy of equal rights for all

Did You Know? New Hampshire was the last state in the country to observe Dr. Martin Luther King Jr. Day. It became official in the year 2000.

16th     Observed in over 80 countries, the aim of World Religion Day is to foster interfaith understanding and harmony by emphasizing the common elements underlying all religions.

This Buddhist holiday begins on Tuesday, January 18, 2022 and ends on Thursday, January 20, 2022.The Buddhist New Year depends on the country of origin or ethnic background of the people. In Mahayana countries the new year starts on the first full moon day in January. It is a time to reflect on the past and cleanse oneself from prior year's sins, making a fresh start. 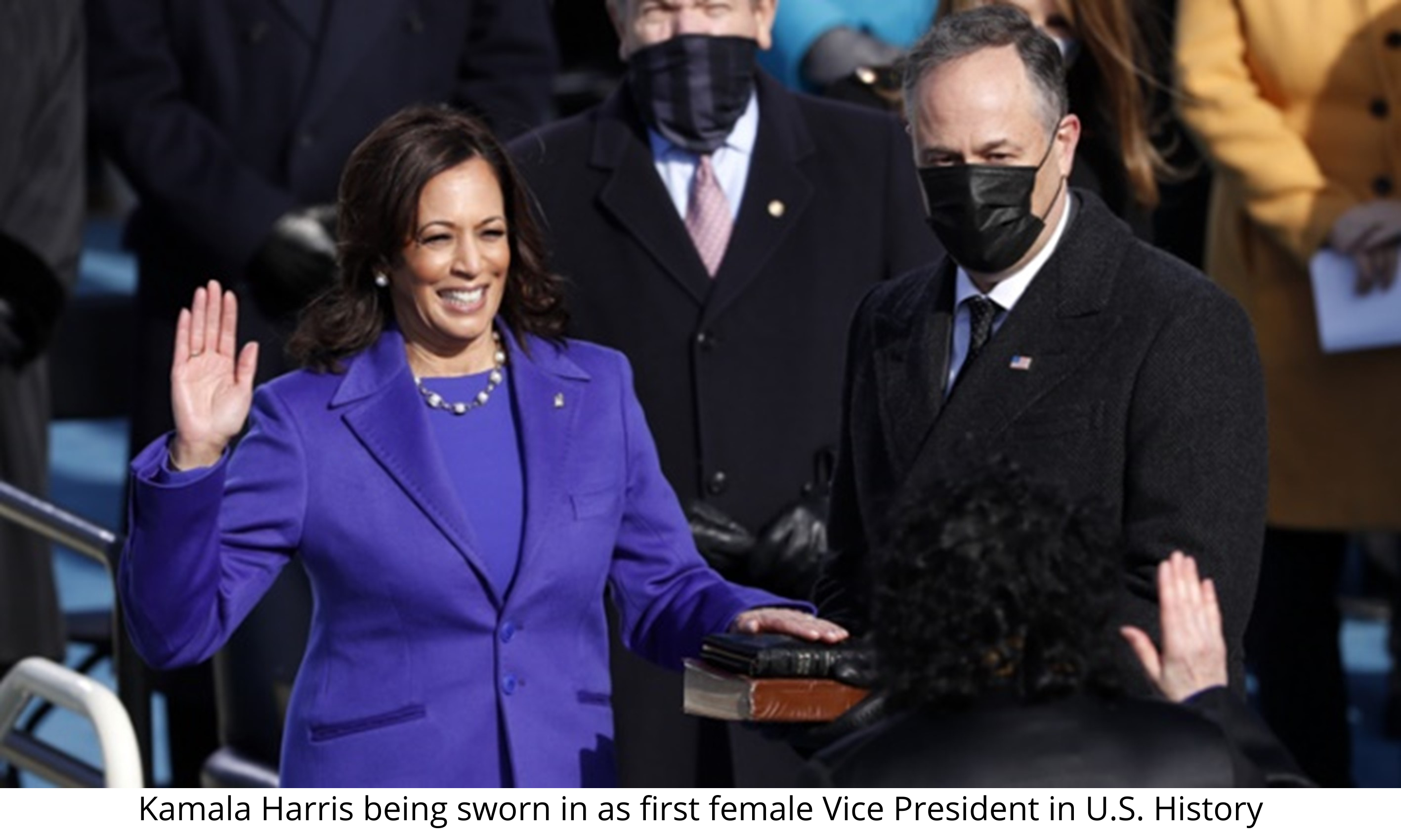 20th     2021 – Kamala D. Harris is sworn in as the first female, first Black, and first Asian American Vice President of the United States. Serving with President Joe Biden, the former U.S. Senator from California is the daughter of an Indian mother and Jamaican father and is sworn in by U.S. Supreme Court Justice Elena Sotomayor, the Court's first female Latina Justice. In 2019, Harris, tech entrepreneur Andrew Yang, and Hawaii Rep. Tulsi Gabbard became the first Asian Americans to run for president on the Democrat ticket (Gabbard has Pacific Islander heritage).

The immigration station, Angel Island, opens in California’s San Francisco Bay, serving as the country’s major port of entry for Asian immigrants. While the exact number is unknown, estimates suggest that between 1910 and 1940, the station processed up to one million Asian and other immigrants, including 250,000 Chinese and 150,000 Japanese. Known as the “Ellis Island of the West” and located 6 miles off San Francisco’s coast, the island was a military reserve during the Civil War. Immigrants without proper documentation were quarantined there for days to years in a “prison-like environment,” according to the National Parks Service. Closed in 1940, it is now a California state park.

In its landmark 7-2 decision, the U.S. Supreme Court declares that the Constitution protects a woman’s legal right to an abortion. 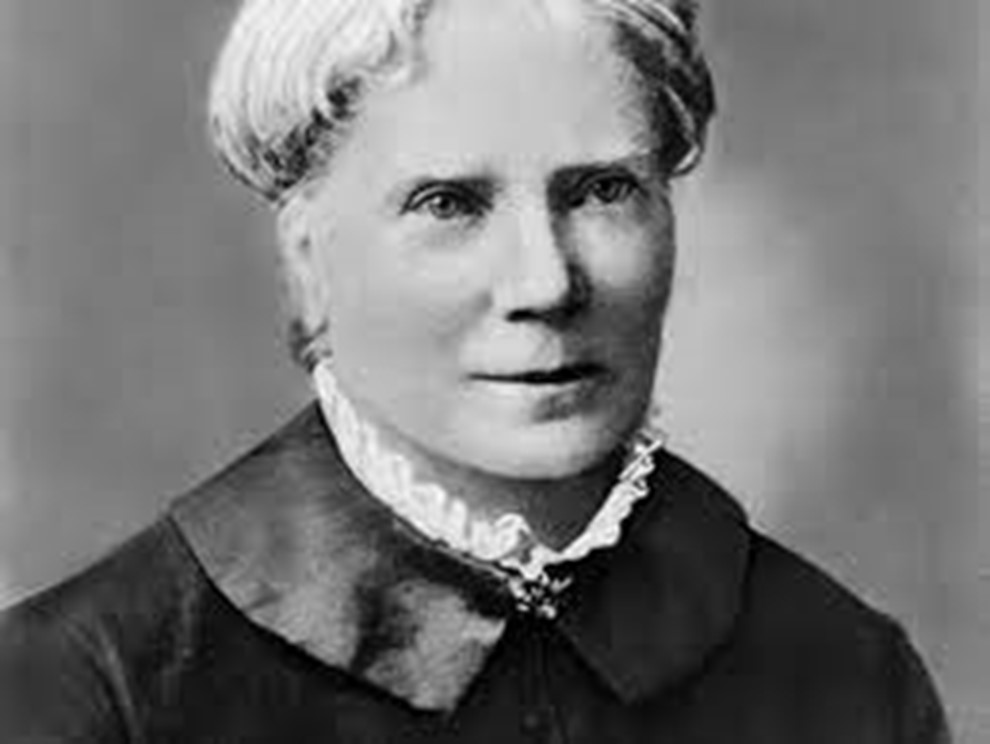 23rd     1849 – Elizabeth Blackwell becomes the first woman to graduate from medical school and become a doctor in the United States. Born in Bristol, England, she graduated from Geneva College in New York with the highest grades in her entire class. Blackwell championed the participation of women in the medical profession and ultimately opened her own medical college for women. In 1857, she, along with two other female doctors, established the New York Infirmary for Indigent Women and Children to provide care and treatment to poor patients, as well as to provide medical training for women. Dr. Blackwell’s hospital lives on today as New York–Presbyterian Lower Manhattan Hospital.

1964 – The 24th Amendment is Ratified. On August 27, 1962, the House passed the 24th Amendment, outlawing the poll tax as a voting requirement in federal elections, by a vote of 295 to 86. At the time, five states maintained poll taxes which disproportionately affected African American voters: Virginia, Alabama, Mississippi, Arkansas, and Texas. The poll tax exemplified “Jim Crow” laws, developed in the post-Reconstruction South, which aimed to disenfranchise black voters and institute segregation. On January 23, 1964, the 24th Amendment became part of the Constitution when South Dakota ratified it. Two years after its ratification in 1964, the U.S. Supreme Court, invoking the Fourteenth Amendment’s equal protection clause, in Harper v. Virginia Board of Electors, extended the prohibition of poll taxes to state elections.

While the number of women serving in combat positions and officer positions remains significantly lower than the number of men serving in similar positions, there have been increases in women holding these positions in every branch of the military. The Air Force has the best female representation of all branches, while the Marines and Special Forces Units have the lowest representation of females. There are 613 female Marines, while none of the traditional Special Operations components have been integrated.

25th     2021 – President Joe Biden signs an executive order repealing the 2019 Trump-era ban on most transgender Americans joining the military. “This is reinstating a position that the previous commanders and, as well as the secretaries, have supported. And what I’m doing is enabling all qualified Americans to serve their country in uniform,” Biden said, speaking from the Oval Office just before signing the executive order.

The UN General Assembly designated this day the anniversary of the liberation of Auschwitz-Birkenau to honor the six million Jewish victims of the Holocaust and millions of other victims of Nazism.